Bringing you the best slots on the best casinos!

Gates of Olympus is a high volatile game by Pragmatic Play. It has an 6×5 grid, with cluster wins, tumble feature, random multipliers and a buyable bonus feature. The maximum win on this game is 5000x your bet.

When you have 8 of the same symbols in the grid you have a winning combination. After that the Tumble feature begins which removes the winning symbols and new symbols come falling down, possibly creating more winning combinations.
There’s also a chance of random multiplier symbols (Zeus’ Gift), which can give you a 2 to 500x multiplier on the total win.

I generally like grid games, and even though Pragmatic Play has a lot of these, I find the bonus game really exciting because potentially get big multipliers, above 20x isn’t uncommon. You can also get really big wins in the base game.

This slot is available on: 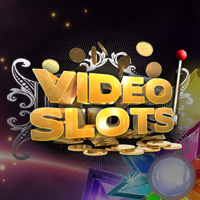